New York Comic Con 2015 featured the reunion of the original voice cast of Justice League. For the first time in over a decade, the founding JL members gathered together to greet the enormous NYCC crowd, answer questions, and reminisce about the show. Watch the video of the entire panel, including a table read of a Justice League episode! 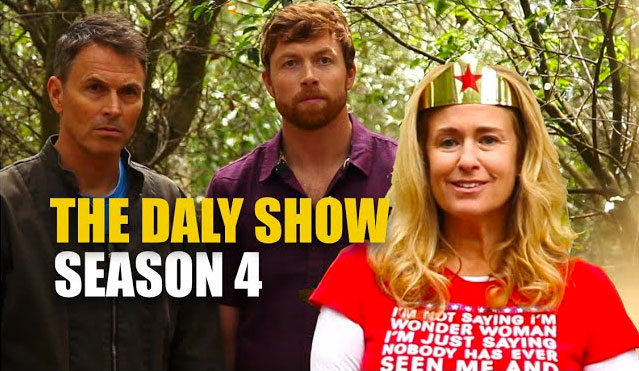 Susan Eisenberg guest stars as herself (and maybe Wonder Woman…) on the Season 4 premiere of The Daly Show, “The Lasso of Truth”, starring Tim Daly (voice of Superman) and Sam Daly. You can watch the full episode here!